We had a “Good, Bad & Ugly” night a couple of days ago.  On the Thursday before Easter as nobody was at work on the Friday. 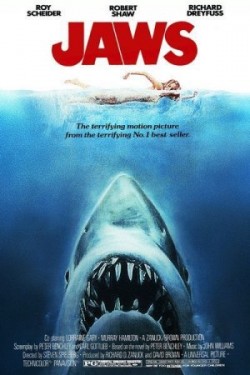 What can you add to the world with another review for one of the greatest films of all time.  You all know the story.  A shark attacks people, some die.  A Boat called Orca goes out with our three heroes in.  They then kill the shark and some of them live happily ever after.

The first thing we noticed is how great the music is.  Not only the sound but what it does to the emotions.  It leads you into what they want to you think.  Be that joy, worried or  horrified.  It pulls you to that emotion perfectly.  That and as it’s from John Williams you can recognise some of the cues that he then recycles for some of his later films.  You can hear, at one point, what you can think of a pre Indiana Jones theme.

The other thing is how slow the film actually is.  This film would never be released today with that sort of speed.  We need to see everything happening quicker with more explosions.  Things like all you see for the last act of the film are our three heroes in a boat bickering and shooting a dreadfully mechanical shark with harpoons that drag barrels after it.  That and remembering that the boat they have might not be as large as needed!

There is a nice gag throughout the credits as well.  I won’t spoil it for you but you will have to pay close attention to them to get it.  Also, we have to mention the mayor’s blazer the first time we see him.  It is something to behold even for the early 70s.

It is a wonderful movie but it can be a bit sluggish at times compared to modern blockbusters. 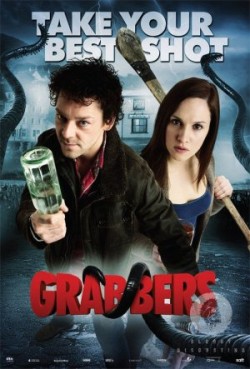 Ireland, Aliens & the pub. What more can you need for an Irish / British film? Not much.

Meet our “hero”, an apathetich member of the Garda ( Police ) who is happy with his beat. That being a small island a couple of miles off the coast. What could go wrong? Well, it starts with a new member of the local constabulary appears. A by the book policewoman who keeps berating our hero. That normally involves questioning his work ethic and, what it seems, raging alcoholism! Just what you need when you are invaded by CGI!

It is discovered, at some point, that the CGI invaders are killed if your blood alcohol level is stupidly high.  So the best way to protect yourself from being eaten is to get paralytically drunk.  A move to the pub is in order.  It now starts to go a bit Shaun, or should it be Shamus, Of The Dead.  Fighting the invaders from the heart of the Irish community.  The pub!  That and fire and other dangers to keep the expense as high as the alcohol levels in everyone’s blood

It does have some of the most comical drunk acting I have ever seen.  Add that to a great Irish accent and it is a dream to be hold.

Now, back to the monsters.  They are a mass of CGI that are almost look like they could be in the scene.  Just a little more work and they would be perfect.  In this case, they are almost right that makes it brilliant!

It does have some great moments of laugh out loud humour.  Everyone does a great turn at making us laught.  A must for anyone who fell in love with zombies with Shaun of the Dead. 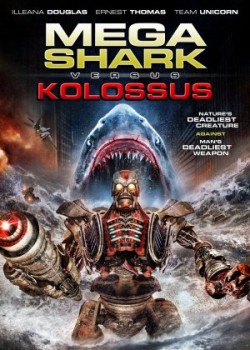 I don’t think that there is anything good I can say of this film. It was on and we did pay some attention to it at some points but all I can remember is that it involves a mega shark a Robot, dreadful acting as well as sets that were as hilarious as an Asylum production can make.

There is a submarine in it crewed by a couple of women wearing very tight, and revealing, black catsuits and controlling the craft by random computer joysticks. I’m sure we saw Logitech on one.

There is a fight.  There is a warship with an Admiral on it.  that one being a very low rent Morgan Freeman as well as other clichéd types of characters being played by their equally low-rented actors!

One to avoid like the plague.  Some of the other in the Mega Shark series are actually quite fun to watch.   This one isn’t one.  Go to the originals.  The one staring Debbie Gibson or Tiffany in them.

One of the only films that I don’t think I could say anything nice about.  Well, apart from the nice costumes on our “Submarine girls”.  Apart from that, avoid even if you like the others in the series.