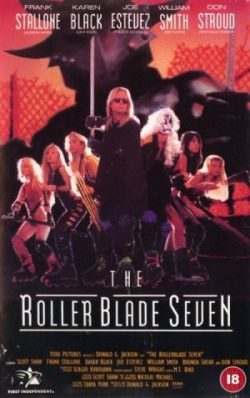 Only one was seen this week and it was strange to say the least.  It stars some of the lesser known siblings of much more famous, and better, actors.  I’ll let you figure that out with the poster.

The other amazing thing about this film, apart form the amazing buttocks of the female star is the way that the director makes a 90 minute film feel like it goes on for twice as long.  It’s a monumental mess of over loud soundtrack and effects and almost incoherent dialogue.  This is down to a technique called “Zen Filmmaking”